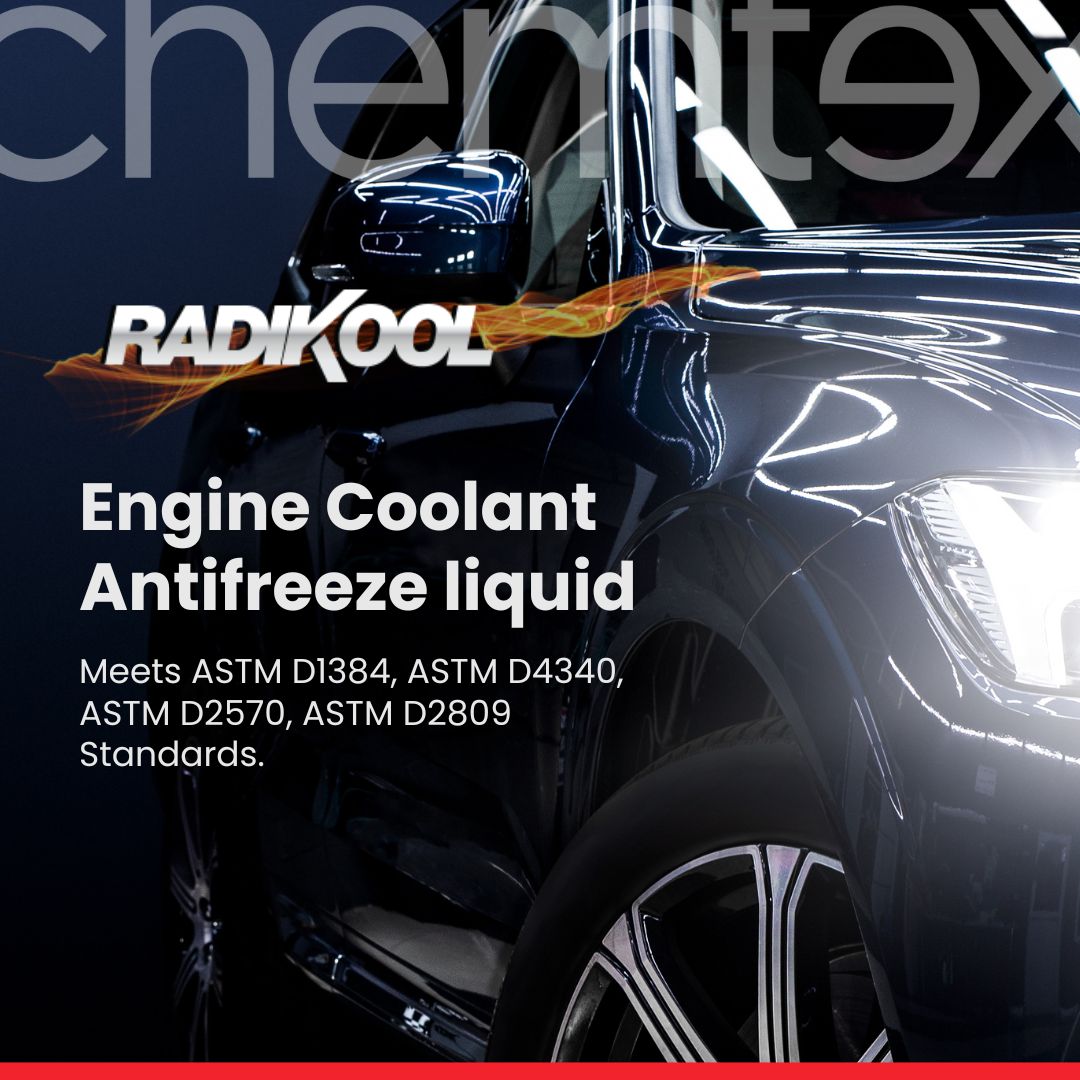 As the source of power for cars, engines get extremely hot. They produce an immense amount of heat of it requires one-third to and the rest if uncontrolled will destroy the engine, and must be expelled to prevent overheating and failures. Without proper protection, an engine can wear down and even melt, which can cost huge money to replace.

The first coolant was pure water.

Pure water freezes at 0°C and boils at 100°C. Outside of this range, water loses its functionality, turning into steam at one end and expanding as ice at the other. Both forms present a list of issues and cannot transfer heat effectively. To do the job properly, pure water was not enough and something was needed to be added.

Ethylene Glycol (EG) is one of the earliest antifreezes, circa 1856. It has a boiling point of 197°C and freezes at (-)13°C, allowing a wider range of functionality. By combining equal parts water and EG, the functional range of coolant expands to -36°C to 129°C while retaining the original heat transfer property.

How does a coolant work?

Engine coolant is used in conjunction with a liquid cooling system, made up of

The coolant inside the cooling system improvises the cooling efficiency. When the engine is running, the coolant continuously circulates through the engine and returns through the radiator. Coolant is pumped through small channels in the engine block and absorbs the excess heat to control the engine temperature. When antifreeze liquid is diluted with water, it also helps lubricate the engine’s internal components.

Engine coolant antifreeze absorbs the heat from the engine and then disperses it into the air through the radiator. It also protects the engine from rusting, decreases the freezing temperature, and increasing the boiling temperature of the fluid that flows around the engine.

What is engine coolant made of?

Automotive coolants consist of a mixture of antifreeze with additive packages and water. These are designed to prevent corrosion, and rusting.

An ideal coolant should provide:

These are inhibited with anti-corrosion, anti-scaling, and anti-microbial properties, protecting the engines from the adverse effects of extremely low and high temperatures. That protects your engines from cracking and increased pressure. They also prevent buildup of scale and sludge, and preventing radiator contamination and blockage.